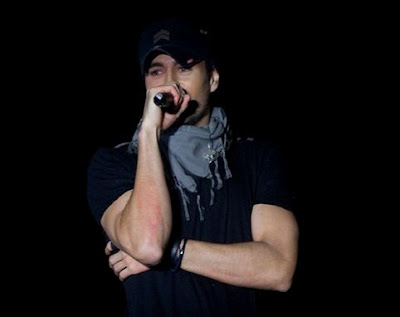 A free concert given by M-Tel, one of the largest mobile phone companies in Bulgaria, and it just happened to be taking place in the park down the street from our house. Jodie was very tired and stayed at home, but I joined some 30,000 young Bulgarians to see Enrique.

First to perform was British singer and disc jockey Sonique. After her set there was a long intermission with M-Tel commercials shown on the huge screens around the park. Finally Enrique took to the stage.

And afterwards there was an amazing fireworks display.

Jodie heard everything from our apartment, both from our porch and even while reading in bed. I was glad that I was part of this event, although it was cold and there was a bit of a drizzle (they wouldn't let umbrellas into the park for security reasons but gave out free plastic mackintoshes).

Popular posts from this blog 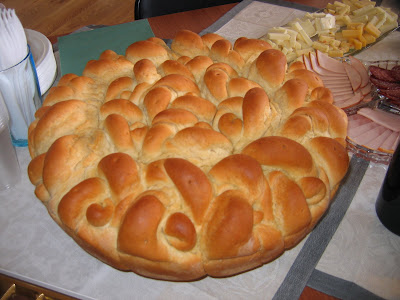 Pogacha is a traditional, round bread which is used in many Bulgarian ceremonies and celebrations. This was also the name for the celebration that we were invited to by one of my colleagues, Luca, and his wife Iva, in honor of the birth of their son, Nicola. Although the customs surrounding the birth of a baby had their origins many centuries ago, and most of them have not survived, there are still some customs which have made it to modern times and are generally followed by all women after giving birth. When a baby is born, the baby is not taken out of the house for a period of 40 days. During this time, only close family members are allowed to visit and to see the baby. In ancient times, this was due to the fact that a woman was considered “unclean” and as a result, she and her baby were at great risk from evil spirits. Today, it is more of a feeling of protecting the baby from germs and keeping him safe. At the end of the 40 days, there is a celebration, which only the women fami
Read more

The Bulgarian Adventure Continues in Valley of Thracians 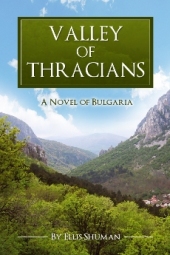 During the two years that Jodie and I lived and worked in Bulgaria, we traveled extensively around the country. We learned about Bulgaria's history and culture, we visited its villages, and climbed its mountains. We studied the Bulgarian language and made many friends. It was truly an adventure, as witnessed in the many posts and pictures on this blog. Just over two years after our departure from Bulgaria, I am proud to announce that my novel, Valley of Thracians , has been published and is now available for Kindle, with other formats to follow. In Valley of Thracians , the Bulgarian adventure continues, only this time it's a fictional account. The novel is a tale of suspense as the characters make their way across beautiful Bulgarian landscapes in their pursuit of a missing American and buried treasure. While the story is fictional, the places, customs, and traditions of Bulgaria I describe are very real. Bulgaria is an off-the-beaten track destination. This fascinat
Read more